All field investigations and their integration and correlation to each other led to a complex geological model (Figure 1), adequate to perform empirical and theoretical studies of ground motion and site response. The 3D soil model of the Mygdonia sedimentary basin shows an assymetrical semi-cylindrical shape, which deepens at the open edges. This benchmark model is composed of two main sedimentary geological systems (Mygdonian - Premygdonian), characterized by their geological ages, in consistency with the initially determined 2D N-S cross-section. The bedrock is deeper at the western part of the basin than at the eastern part. At the north and south borders of the basin, the bedrock appears at the surface. At the southwestern part of the basin the extension of the Premygdonian sediments is greater than in its southeastern part and for this reason the sediments – bedrock surface contact extends more towards the south. The variation of VS values within the grouped geological formations is presented in Figure 2. 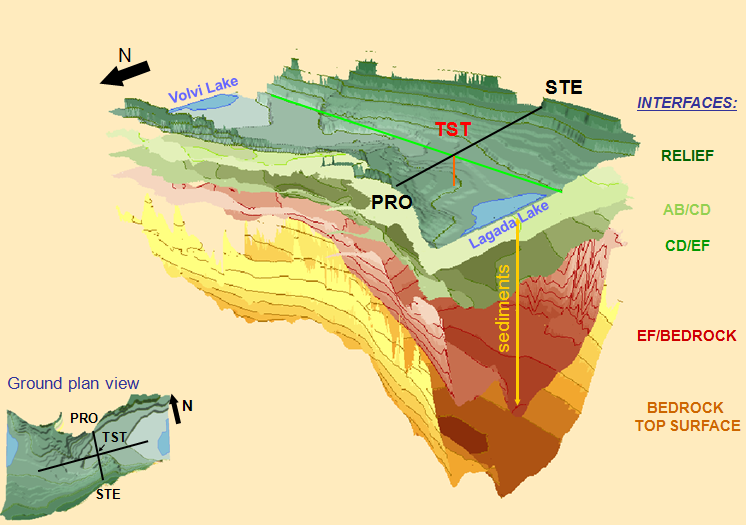 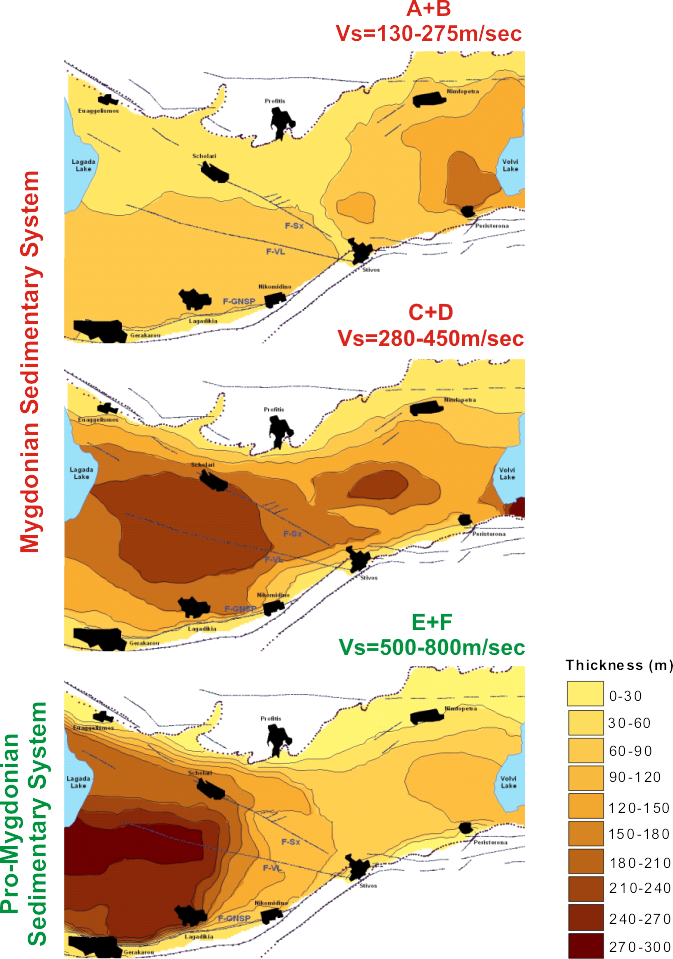 Figure 2: Contour maps showing the geometry of the Mygdonian (A+b, C=D) and Pre-Mygdonian (E+F) sedimentary formations, with their thickness (in m) and depth (in m referred to sea level), together with their range of VS values (Manakou et al., 2010).